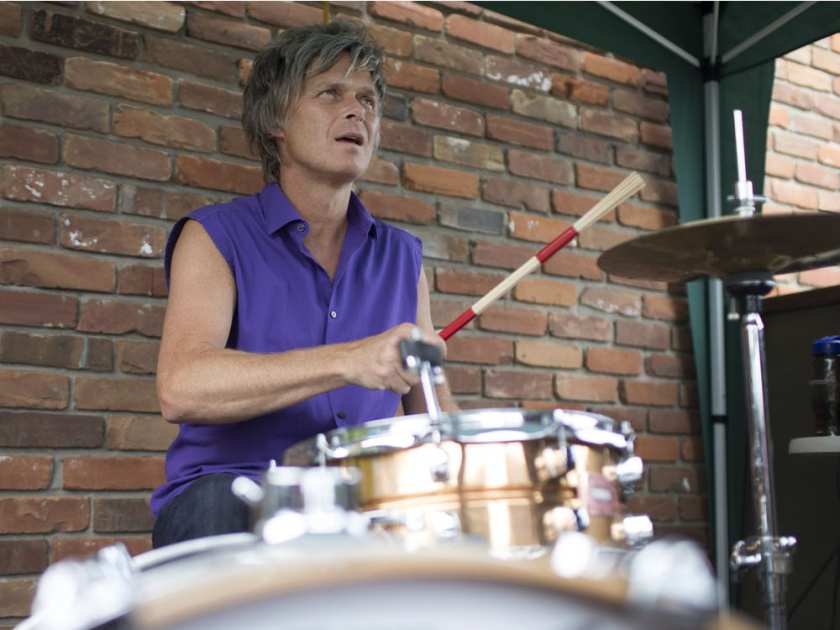 Pounding the skins for 24 hours is no easy task but for drummer Jeff Burrows the marathon session was well worth the effort.

For the 10th year in a row, Tea Party drummer Burrows played almost non-stop to raise money for Transition to Betterness.

Burrows was joined by 35 fellow musicians over the course of the event, which began Friday at midnight and ended Saturday at midnight, at Good Time Charly on Tecumseh Road East.

Amber Hunter, Transition to Betterness executive director, said the fundraiser has gotten “bigger and better over the last 10 years.”

Hunter said many families come out to have lunch and enjoy some great music.

Colin MacDonald and John-Angus MacDonald of Canadian rock band The Trews were finishing off the evening Saturday at the after party.

“A lot of these relationships are of course from Jeff and all of the great work that he has done,” Hunter said.

An average of $7,000 to $10,000 is raised each year for T2B, a charitable organization that provides relief to patients and families dealing with a life-altering disease.

Hunter said the crowds were great this year and she was anticipating surpassing past fundraising amounts.

“There’s great momentum and positive energy here,” she said. “(Burrow’s) been such a great champion for us.”

“It’s a great organization, it’s grassroots, it’s Windsor Essex,” Burrows said in between songs during an acoustic set with guitarist Dave Lockbaum. “I don’t know anyone who’s not been directly or indirectly affected by cancer and what not. More often than not, it’s the families that are surrounding the victims of cancer that are having a harder time dealing with it.

“So when the comfort factor is provided, it helps a little bit with that situation.”

This email address is being protected from spambots. You need JavaScript enabled to view it.
twitter.com/JulieKotsis