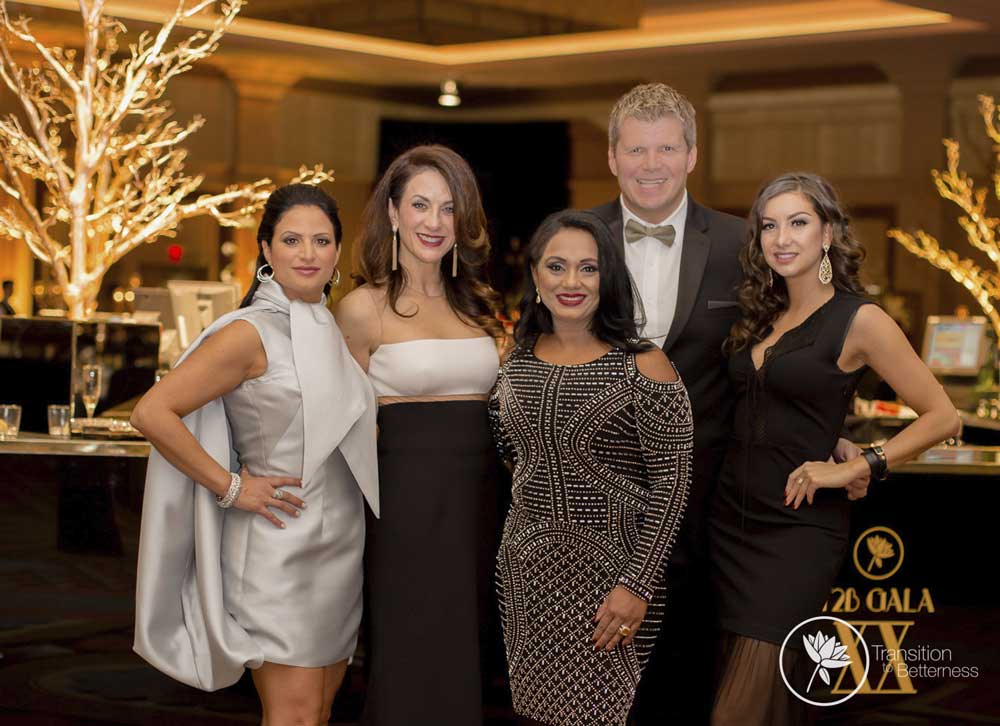 Windsor, ON – Transition to Betterness (T2B) has raised a gross total of $565,000 from their 20th anniversary gala on Saturday, January 28, 2017 at Caesars Windsor. T2B Gala XX welcomed 1200 guests who enjoyed an evening of non-stop entertainment and elegance.

T2B Gala XX wouldn’t be possible without the immense support from our title sponsors: The Stephanie & Barry Zekelman Foundation, The Lisa & Brian Schwab Foundation and Cypher Systems Group. This event would not have been possible without them. T2B would also like to thank their host Caesars Windsor, and supporting sponsors FA Investments, Breadth Consulting and the Rosati Group for their generous support of this milestone anniversary.

T2B’s Executive Director Amber Hunter said that T2B was overwhelmed with the amount of support that came in for our 20th anniversary gala. T2B Gala XX had over 50 sponsors step up to bring this event to life.

“We’re so blessed to have donors that are so heavily involved in our daily operations – from developing our needed programming to executing large events – they support us every step of the way,” Hunter said. “Windsor-Essex is the most giving community, and we can’t thank them enough for supporting us for the past 20 years.”

The evening featured an exciting live and silent auction, raffle, table challenge, live entertainment and much more. The gala was hosted by Dave Hunter of the Dave & Chuck “The Freak” Show on 101 WRIF and Adam Wylde of Toronto’s Breakfast Television and “Adam Wylde” Show on 92.5 KiSS FM Toronto.

To date, T2B has raised over $10 million for patients and their families impacted by life-altering illnesses in Windsor-Essex. Every dollar raised by T2B has stayed in our local community, which is why our slogan is “Give Where You Live.”

Funds from T2B Gala XX will go to support T2B’s 17+ programs in our local hospitals and healthcare facilities, as well as our newest capital campaign – The Dr. Lisa Ventrella-Lucente Greenhouse project at Hotel Dieu Grace Healthcare.