We at Transition to Betterness couldn’t be more delighted to announce our partnership with Pajama Angels United We Cure, a local non-profit charity.

We are so excited to continue Pajama Angels’ signature event, Yoga 4 Hope & their signature-funding program: Wing Power Fund, effective on May 1st, 2018.

A little Background about Pajama Angels: 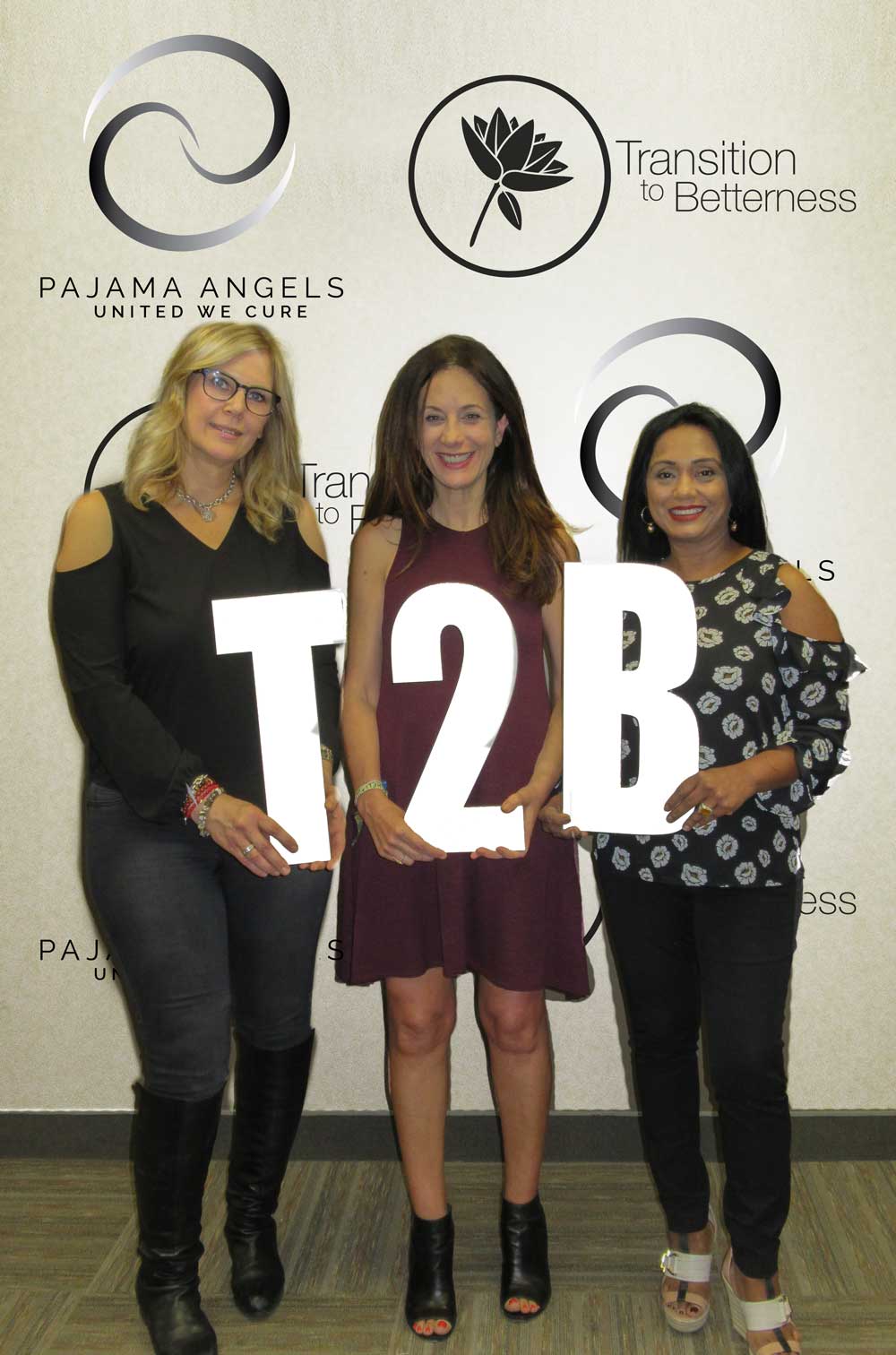 From Left: Darlene Szecsei-Albano (Pajama Angels Co-Founder/President), Doris Lapico ( T2B Co-Founder), and Amber Hunter (T2B Executive Director)Pajama Angels was established in 2007 by two sisters Darlene and Judy, in honour of their late sister Maggie who lost her battle with cancer in 2002. It was their mission to provide integrative therapies for those with life-altering illnesses. The Wing Power Fund is intended to help those who experience financial hardship during their journey battling a life-altering illness. Thanks to this special partnership, Transition to Betterness will be able to continue providing financial support for these therapies.

More information about this program and the Yoga 4 Hope event can be accessed through our website: www.t2b.ca as of May 1st, 2018.

Transition to Betterness would like to take this time to thank Pajama Angels for their amazing work in our community. Pajama Angels have raised $65,000 per year on average over the last 11 years and have supported many local initiatives and charities in addition to their own.  The Yoga 4 Hope event alone has raised $205,000 overall since 2008.  Since 2013, they have helped over 198 people through their Wing Power Fund alone and disbursed over $127,000 in funding.

We are so incredibly honoured that Darlene and Judy brought this fundraiser and their family’s charitable legacy to us at T2B. It’s a huge responsibility but we promise to make them proud.

Although Pajama Angels may no longer be a physical organization after this announcement, the Wing Power Fund and Yoga 4 Hope will be a great legacy that will continue to benefit the community.

Thank you to the Pajama Angels board of Directors for allowing us to take on this incredible program!

Our sincerest gratitude for all the great work you have done.