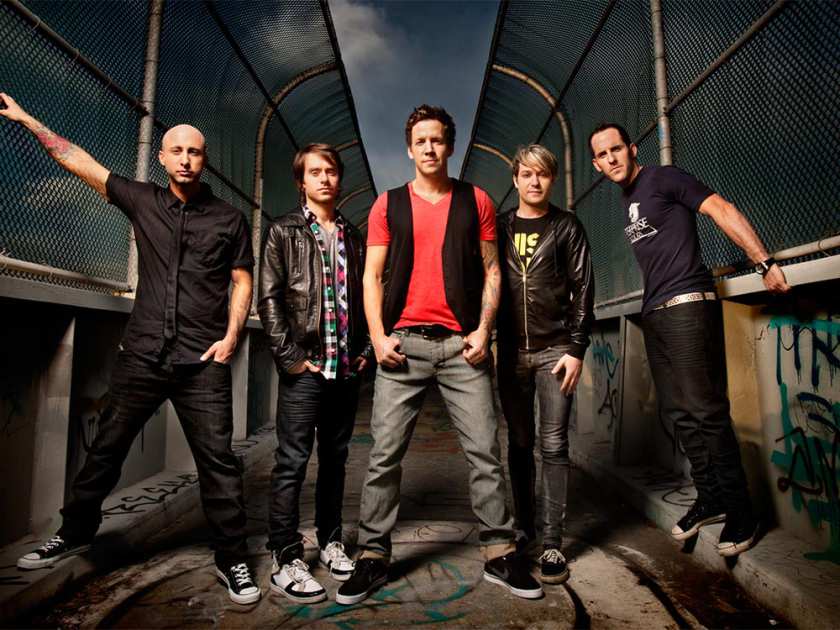 Canadian pop-punk band Simple Plan may be known for juvenile humour — the title of their debut album was a testicle pun, after all — but the Montreal-based rockers are serious when it comes to charitable causes.

“For us, it’s our way of being socially responsible,” said guitarist Jeff Stinco. “We’re not a very political band. I don’t think we even share all the same political beliefs. But we do share the same sense of responsibility towards society, and especially to youth.”

On Wednesday, Simple Plan will play a benefit concert at Windsor’s Olde Walkerville Theatre. All proceeds will go to Transition to Betterness, the local charitable organization that helps patients and families dealing with life-altering illnesses.

For Stinco, charity work is a part of growing up. “We’ve taken some commitments over the years with organizations that actually need the funding. There’s no way we can stop doing this.”

The band’s Simple Plan Foundation — which has existed for more than a decade — raises funds for causes ranging from cancer patients to disaster relief to teen suicide prevention.

Stinco said the foundation was started after the band had some bad experiences working with charitable groups.

“We decided the best thing was for us to do it on our own, with volunteers only,” he said. “There’s even a possibility the foundation will last longer than the band itself.”

Wednesday’s concert is being organized by Mix 96.7 FM. Aside from helping T2B, it’s also meant to honour Richard Costley-White, the former head of Blackburn Radio, who died at the age of 48 in June 2015 after a year-long battle with cancer.

Cathy Zaharchuk, administrative co-ordinator at Blackburn Radio, said a rock benefit concert was the sort of event that Costley-White loved to see happen. “He was very committed to the community and bringing people together.”

“It’s a great occasion,” he said. “We’re wearing the hat on this one.”

All of that’s not to say Simple Plan has grown beyond stupid jokes. Stinco said that when the band was considering sports metaphors for the title of their new album, the phrase “Coming From Behind” was bandied about.

But the title does carry some extra meaning.

“As a band, you kind of sacrifice your individuality a little bit. You make compromises,” Stinco said. “When you’re a band for 16 years, once in a while, you have to let go of your ego and be a team player.”

Asked for a personal example of taking one for the team, Stinco described missing some of his daughters’ baptism ceremony in order to finish shooting a music video.

“That was kind of heartbreaking, actually,” said Stinco, who’s now 37. “That’s the kind of sacrifice you do.”

This email address is being protected from spambots. You need JavaScript enabled to view it.